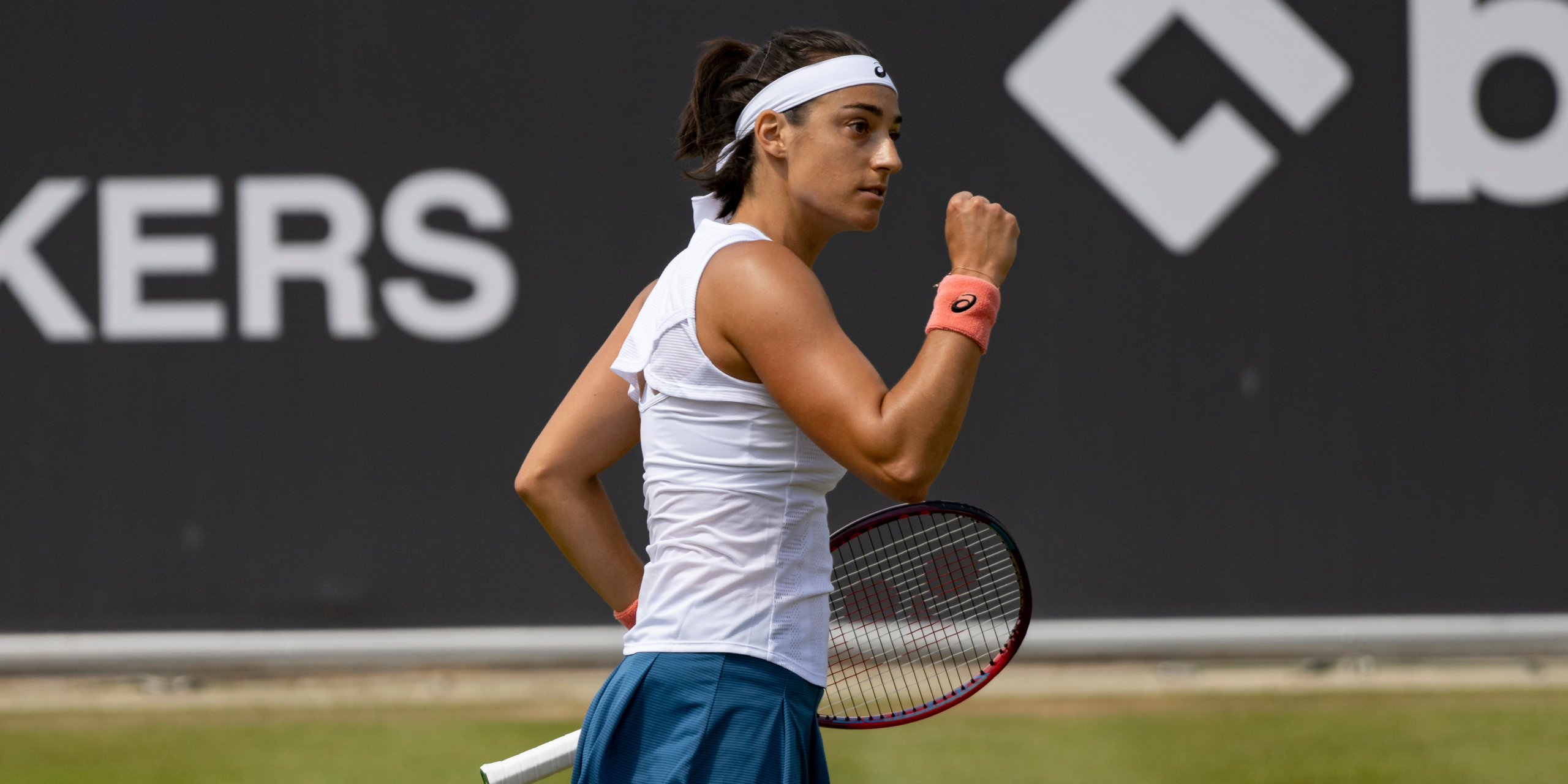 The Mexican wave spilled over the stands in the Kurpark – and Caroline Garcia soaked in the atmosphere after her surprising final appearance at the Bad Homburg Open presented by Engel & Völkers. “A lot of fans have been coming since the beginning of the tournament. It’s just great to see that. It’s a very nice event,” Garcia said after her 7-6 (11-9), 3-6, 7-5 win in the French semi-final against ninth seed Alizé Cornet.

In front of 3,500 spectators on the once again sold-out Spielbank Bad Homburg Centre Court, the world number 75 won in 2:45 hours after a high-class exchange of strokes. The 32-year-old Cornet, who had eliminated tournament ambassador and defending champion Angelique Kerber in the quarter-finals on Thursday, missed a match point at 5:4 in the deciding set.

Caroline Garcia will face Canadian Bianca Andreescu in the final on Saturday (13.30). The 2019 US Open winner advanced through to the final on Friday as her opponent Simona Halep of Romania had to pull out a few hours before the start of the preliminary round match.

“Unfortunately, I woke up this morning with a blockage in my neck. This circumstance doesn’t allow me to play my best on the court,” said former world number one Halep, who had high praise for the organisers: “I really enjoyed my time here. I want to thank the organisers for putting this great tournament together, it’s one of the best I know. To see this sold-out Centre Court every day is special.”

While the 28-year-old Garcia is playing for her third grass-court title overall on the WTA Tour, Andreescu is in a grass-court final for the first time. “Bianca is an aggressive player who moves well on the court and has experience of winning major trophies. She’s definitely the favourite,” Garcia said of Andreescu, who is almost seven years her junior and was world number five in 2021 but then struggled with injuries.

DREAMS OF ALL GERMAN SEMI-FINAL SHATTERED
Scroll to top