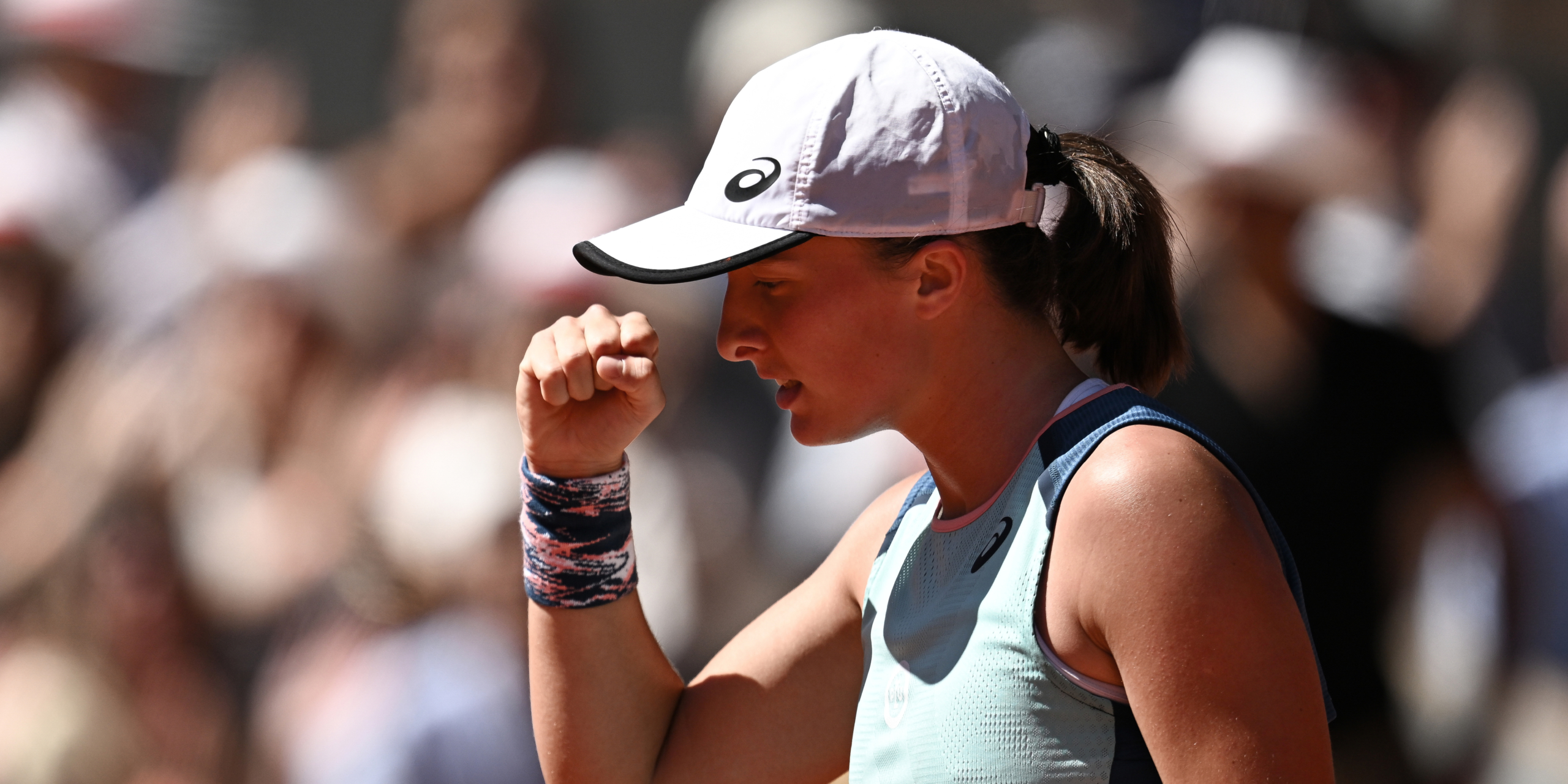 Few players have dominated a tennis season as much as Iga Swiatek did in the year 2022. The young Pole won two Grand Slam titles and was even on par with icons such as Steffi Graf and Martina Navratilova in some statistics. The world number one will be competing in the Kurpark in June 2023.

When looking back at her brilliant season in 2022, even the protagonist herself was somewhat speechless. “You can’t describe it in one word or even one sentence. But what I do know for sure is that it really was a very special year that I will never forget,” Iga Swiatek reported on her superlative success. The manner in which she carried herself along the way, emphatically modest and humble, says a lot about not only the player Iga Swiatek – but also the person.

Despite being only 21 years old, the world number one appears particularly reflective and is a very pleasant conversational partner. No wonder that she thinks nothing of platitudes. Befitting her profile, the current best female tennis player has had a sports psychologist at her side since the beginning of her professional career. Daria Abramowicz is an integral part of Swiatek’s team; essential, just like a coach or a physio.

“Iga is willing to put in the work. She is aware of the importance of psychology – not just mental training, but of sports psychology in general, as a big piece of the puzzle in order to succeed at the top level in tennis”, Abramovic explained in an interview with online portal tennismajors.com. And Swiatek’s compatriot knows what makes her client so special: “Even on her worst day, she is open-minded and able to process things.” Noticeably, both on and off the court. 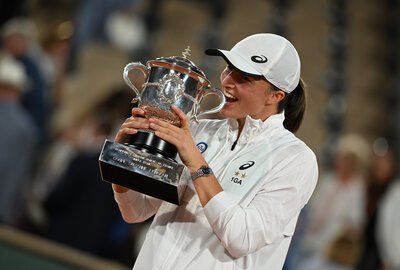 Swiatek looks back on a season of superlatives

She proved that impressively in 2022 when Swiatek claimed her second and third Grand Slam titles (French Open and US Open). Moreover, in addition to her triumphs at Roland Garros and Flushing Meadows, the sensation from Warsaw became the youngest and only the fourth player ever to win the so-called Sunshine Double – consisting of consecutive victories at the Indian Wells and Miami WTA 1000 tournaments. Only Steffi Graf, Kim Clijsters and Victoria Azarenka had achieved this feat before her.

This year, Swiatek has triumphed in a total of eight tournaments (four of them WTA 1000 events), including the Porsche Tennis Grand Prix in Stuttgart. Her match record stands at 67:9 – the most wins by a player in one season for nine years. “Even at her relatively young age, Iga has that special aura that only the greats have,” praised US icon Pam Shriver. 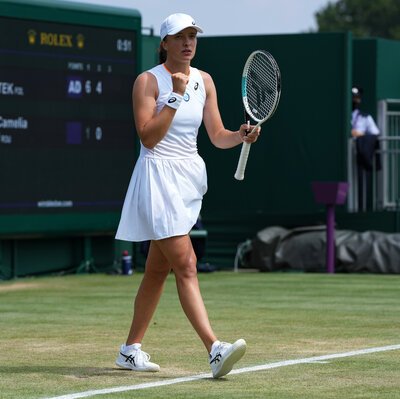 Iga is looking forward to Bad Homburg’s Kurpark, having “Already heard so many good things”

Impressively, the daughter of a Polish rower and 1988 Olympian went 37 games in a row without a single defeat (21 February to 27 June). The circuit has not seen a longer winning streak since 1990. Swiatek’s quota against the top ten was particularly impressive (15 wins in a row). In this statistic, too, only Steffi Graf and Martina Navratilova have been better in the past 40 years.

The three-time Major Champion is already looking forward to the tournament in the Kurpark: “I have already heard many good things about the Bad Homburg Open. Especially regarding the fans and the atmosphere on the Centre Court,” emphasised Swiatek, who feels quite at home on grass. Proof: her Wimbledon victory in the junior women’s tournament in 2018.

Incidentally, Angelique Kerber, tournament ambassador of the Bad Homburg Open presented by Engel & Völkers, celebrated her greatest triumph on the holy lawn that year. For Swiatek, the event in the Kurpark is “the perfect preparation for Wimbledon”. The most important Grand Slam tournament begins two days after the Bad Homburg final at London’s Church Road.

Tickets for the Bad Homburg Open can be purchased in cooperation with Reservix on the tournament homepage as well as in authorised sales offices.